What You Talking About?  No Learning Styles?

What You Talking About?  No Learning Styles? 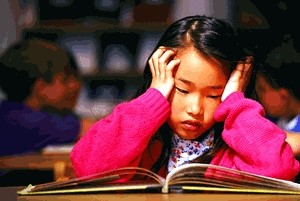 A nasal learner struggles with an odorless textbook.

The belief that people learn in different ways is a prevalent belief in American culture. The idea of learning styles is a century-old concept but grew in popularity in the 1950s and again in the 1970s. In the early 1990s, Neil Fleming developed the VARK questionnaire, 16 questions to establish someone’s learning style. VARK stands for “Visual, Auditory, Reading, and Kinesthetic.” While there were those that identified learning styles before Fleming, VARK is the most-used model today.

However, scientists have debunked learning styles for some time. There is evidence that establishes people are not one type of learner. Students use multiple learning styles, but no single style resulted in better outcomes.

Another study concludes that those that believe they are visual learners just like pictures more than words, and those that believe they are auditory learners just liked hearing words more. These preferences had no correlation to what the learners remembered. “…there’s evidence that people do try to treat tasks in accordance with what they believe to be their learning style, but it doesn’t help them,” says Daniel Willingham, a psychologist at the University of Virginia. “…learning styles have not panned out.”

Even the satirical-humor site, The Onion, has addressed learning styles. The headline of the article: “Parents of Nasal Learners Demand Odor-Based Curriculum.” A quote from the article:  “My 15-year-old daughter Chloe couldn’t sustain her interest in academics and, as a result, she would goof off with her friends and get in trouble,” said Michael Sweeney of Oswego, NY. “Now I realize that all those Ds and Fs did not represent any failure on my daughter’s part, but rather her school’s failure to provide an appropriate nasal-based curriculum.”  While ironic, this satire is not that far off.

Cognitive science has identified varied techniques that support retaining knowledge:  spacing study sessions over time, experience the material in multiple modalities, and do practice tests.  Sounds like good, old-fashioned hard work to me.

What’s the takeaway for those that provide continuing education?  Present materials in multiple ways—use a balanced approach in presenting ideas.  Do not minimize a human’s ability to learn by identifying a single way to present information.  Use a potpourri of presentation approach, and you are bound to provide the balance every learner needs.

The Problem with ‘Learning Styles,’ Scientific American, May 29, 2018

About the Author: InReach